The military made them powerfully telepathic, then betrayed them and left them for dead. Now they’re back, and they want revenge.

Their former colleague, Michael Sanders, has joined MI5, and is the only one with a chance of stopping them. Fighting to keep his secret, Sanders uncovers the true mission of his enemies, and must engage them in battle. Sanders has no safety as he battles them and fights to reveal the true forces behind the Psiclone project.

From the streets of London to the Alpine town of Davos, Psiclone leaves a trail of destruction in its wake as colleagues become mortal enemies, friends become saviours, and secrets are dragged into the light.

The Psiclone series is a fast-paced, exciting story, which builds from the first page to the last. Available in eBook for the Kindle (including Kindle Unlimited) and in print editions. The stories are ready for you to buy now and enjoy from Amazon.

Betrayal is personal, revenge is business. 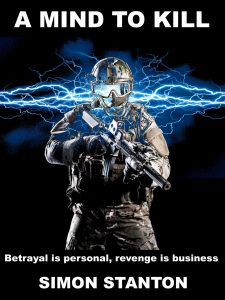 A Mind To Kill

First in the Psiclone series. In this fast-paced action thriller, a secret military experiment made four special-forces soldiers powerfully telepathic, and then betrayed them. Now one of those soldiers, Michael Sanders, is an MI5 field agent. Keeping his abilities secret, even from his own team, Sanders and the full surveillance force of GCHQ are on the trail of a gang of far-right activists.

What should have been a routine surveillance mission starts to go badly wrong when the prime suspect is assassinated in front of Sanders. A telepathic message heralds the return of a deadly force from his past, and events spiral out of control with murders, rocket attacks and kidnappings on the streets of London.

As his enemy closes in, Sanders must battle to stay alive and fight to discover their ultimate target.

Betrayal is personal, revenge is business.

As I got into the story it got harder to put down and my kindle always seemed to be at arm’s length.

I could not put the book dawn and now I am reading Power in Mind the third book in the series and enjoying it tremendously.

Plenty of action and very close to the mark when it comes to the attitudes and behaviour of some in command positions. Would make a great mini series

It’s simply a ‘cant put it down’ read.

…a great fusion of action based in today’s reality with a twist of science fiction to add that extra spice.

If you like action with some sc-Fi you should read this book.

…read in one sitting. Off to purchase the next one in the series 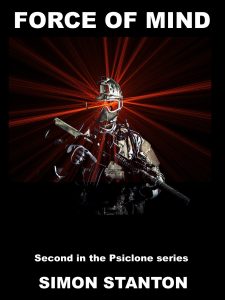 The second book in the Psiclone series. The Three have escaped, and their anger at Michael Sanders for thwarting their plans is colossal. Now, they have to find a new way to get what they really came back for. Murder and kidnap are the tools of their trade, and the body count rises.

Sanders must find them, quickly, but he must also maintain the secret of the Psiclone project. Racing against the clock and battling those in MI5 who would isolate him, he follows leads into the shadowy world of the forces behind the Psiclone project. But time is running out to defeat the Three before they can become too powerful ever to be stopped.

I would definitely recommend this series if you are into technology, thriller type books.

Hard to put down

Got the book Saturday. I’ve been reading it on nightshift and I’ve finished it in the bath on Thursday morning.

It just sucks you in

… have read all four one after another and enjoyed them all. 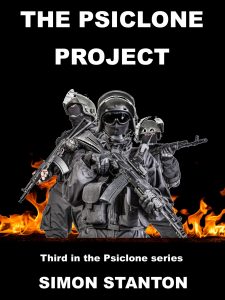 The third book in the Psiclone series – the origins of the Psiclone project, the story of how a unit of Special Forces soldiers—Captain Michael Sanders, Lieutenant Julian Singh, Sergeant Vince Marshall, Corporal Evan Bullock—were recruited into a secret military experiment they believed would boost their stamina and resilience, but the experiment had an unexpected outcome and the soldiers became powerfully telepathic.

Their telepathic skills gave them a unique advantage in their mission, but some of the soldiers start to see other, more profitable uses for their new-found skills. Shadowy figures behind the project begin to suspect that the soldiers and their new talents have become more of a threat than an asset.

Secrets are exposed and identities revealed as the story of the Psiclone project is told. Loyalties are tested, and broken, as the events leading to the fateful operation in the freezing desert of Afghanistan are retold, an operation where betrayal and murder would lead to comrades becoming mortal enemies. 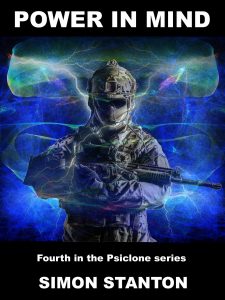 The fourth book in the Psiclone series. As Michael Sanders and his team realise the true scale of the threat they face, their greatest fear is realised; a foreign security service has learned of the Psiclone project, and will stop at nothing to possess its secrets.

With disaster looming in every direction and enemies attacking on every front, Anna has no choice but to follow Eric out into the field, facing their adversaries head on, as they battle to survive and to stop Morrow before it’s too late. 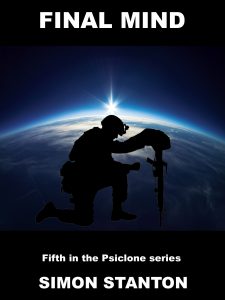 The fifth, and final book, in the Psiclone series.

Michael Sanders and his team prepare to stop Morrow and his soldiers, but they soon discover they’re outmatched, outgunned, and on the edge of defeat before they’ve even started, leaving Morrow on the brink of conquest.

In the thrilling climax to the Psiclone series, the team must risk everything if they’re to have any chance of defeating Morrow. Old truths resurface, scores are ready to be settled, and it becomes painfully clear; betrayal may have been business, but revenge will be very personal. 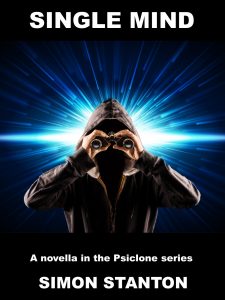 A novella in the Psiclone series

Time is running out to stop an organised crime gang discovering the power of their stolen top-secret military drug. MI5 sends Michael Sanders, ex Special Forces now field agent, to stop them and retrieve the drug, at any cost. But Sanders must protect his secret, from everyone – the drug has already made him a powerful telepath. Joining a police undercover unit, they plan surveillance on the head of the gang. They soon discover they are out of time, and Sanders must use his Special Forces training and his telepathic powers to take more direct action, with drastic consequences.

Set in the days immediately before A Mind To Kill, this novella is a prequel to the Psiclone series.